– There is no time to be lazy

– I was doing my bachelor’s in Finland, in a small city called Turku, which showed me the beauty of the Nordics and made me curious even more about its culture and way of living, which is so different from where I come from, Kovalev tells Study Bergen.

Kovalev, who is originally from Russia, took a liking to the Nordic lifestyle during his exchange. When Finland introduced tuition fees in 2017 for non-EU citizens, his plans took a sudden hit.

– I simply could not afford it. Nordic countries have been known for a great educational system, so I immediately started looking for places with free education and institutions that offered a possibility to have a grant. The choice was between Sweden and Norway.

“It turned out that NHH is one of the top schools of business in the Nordics situated in the most beautiful and cozy place on Earth – in Bergen.”

With many application deadlines closing, Kovalev hurried and applied to the remaining higher institutions with still open applications. When NHH replied first with an offer, he accepted with no hesitation.

– It turned out that NHH is one of the top schools of business in the Nordics situated in the most beautiful and cozy place on Earth – in Bergen. So with the help of some luck, I found myself enjoying every day in Bergen. Even the rainy ones!

Kept himself busy with beekeeping

At NHH, Kovalev studied a master profile in Business Administration with a major in Marketing and Brand Management. Reflecting back on his exchange days, Kovalev recalls the study as intensive but rewarding. He admits, however, that sometimes his studying efforts would take a backseat to the many opportunities and activities that student life had to offer.

– From my experience and impression, Norway offers so much more compared to student life in Finland and Russia, partly because I feel that the culture of student organisations and after-class activities are much more developed here. As a result, you feel more included and integrated, says Kovalev.

The website StudentBergen provides an insider’s guide to the student life in Bergen. Find organisations, activities and events.

With numerous higher institutions, each with associated student organisations, Bergen has a rich student community that aims to accommodate all kinds of students and interests. Kovalev describes the student life at NHH and in the city in general as concentrated and eventful all year round, with in-door and outdoor activities, cultural events and parties during both day and night.

– I think here, anyone with any kind of interest can find something to do, or try something new. At NHH I was part of the NHHS beekeeping group, which is for people interested in bees, honey, and sustainability. Can it get more specific? Kovalev laughs.

Besides beekeeping, Kovalev made sure to keep himself busy, becoming a familiar face in numerous student organisations at NHH. He cites in particular his experiences from being part of MEBA International Student Council and the NHH branch of the International Student Union (ISU Norway), where he worked with integrating international students, as the most memorable.

– Now I have a lot of good Norwegian and international friends as well as links and connections to the Norwegian corporate world, which is definitely an asset for the future – and all thanks to my experience in student organizations during my studies. 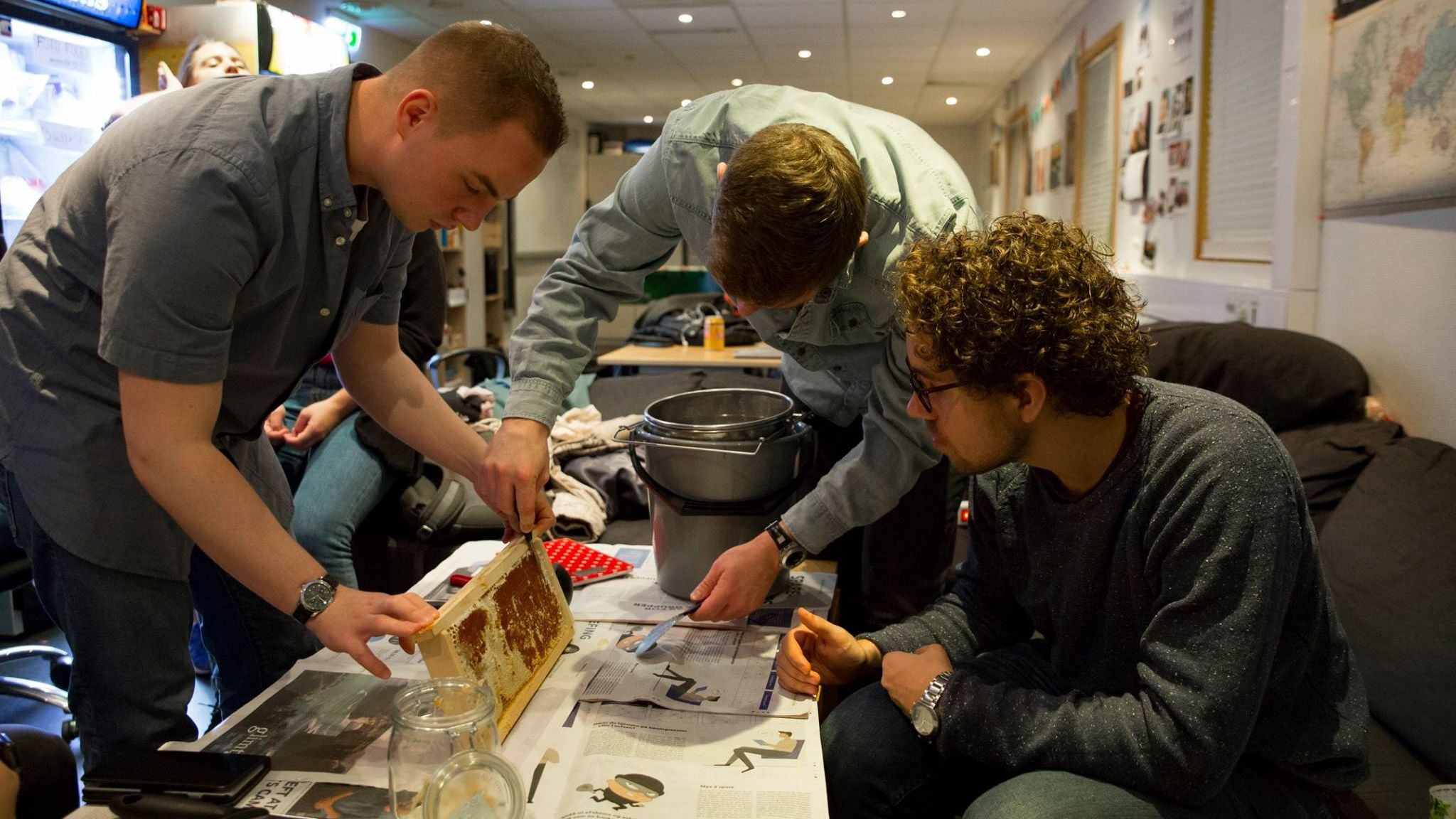 While working to integrate international students into the Norwegian life, Kovalev discovered that the experiences helped integrate himself as well. Through his involvement in the student community, he was able to meet and befriend many Norwegian students.

– I believe that no one would integrate you unless you do it yourself: This really requires an effort, simple as that. It might get scary or intimidating sometimes, but by exposing yourself and constantly reaching out to fellow students, it all becomes worth it in the end, says Kovalev.

After two years in Bergen, Kovalev is now considerably fluent in Norwegian, although he still feels a bit shy in speaking it. He reveals that he achieved his current fluency by spending time listening to natives and mimicking their way of speaking.

– I was taking Norwegian courses at school, but was also proactive and attended several events in Norwegian, where I was exposing and embarrassing myself with my basic level of the language, Kovalev laughs.

– Norwegians really appreciate when you try to speak their language. They will correct you if needed, and be patient with you in listening.

Step outside your comfort zone

Although his exchange in Bergen is over, Kovalev will continue his adventures in Norway. In the Autumn he will move to Drammen to do a Ph.D. at the University of South-Eastern Norway (USN), where he will do research on marketing and sustainability for the next four years. While still uncertain about what path to go from there, Kovalev is not worried about the future.

– My two years in Bergen and at NHH helped me to realize that there is nothing to be afraid of and that if you are a hard-working and motivated person, nothing can stop you. I think all those bits of experiences, and challenges, have made me more confident in my skills, my vision and what I have to offer.

“Trust me, there is no time to be lazy.”

On giving advice to new, incoming exchange students, Kovalev urges them to take the initiative to step outside their comfort zone.

– I think my best advice for the new students would be not to be afraid to try new things and be constantly curious and hungry for new impressions, says Kovalev.

– Try it all: Pinnekjøtt on Christmas, champagne breakfast, softis and a lot of hot dogs on 17 May, Solo and Kvikk Lunsj during the hike – yes, yes and again, yes. Travel, but also don’t forget to explore the county, Bergen and its surroundings. The city has a lot to offer and has a long and exciting history.

While hiking the Seven Mountains is a must-do activity, Kovalev encourages students to make time to explore the cultural traditions and facets of the city, such as exhibitions, museums, and art galleries; theatre, music and film festivals; numerous concerts and fests, the Christmas market and Gingerbread City.

– Trust me, there is no time to be lazy.

Meet Belinda Z, an international student from China studying at Western Norway University of Applied Sciences (HVL). Belinda's love of language-learning lured her to Bergen. But she has also learned she loves more about Norway and studying in Bergen than just “norsk”.

Meet Erika P, a student at The Norwegian School of Economics (NHH).

Fell in love with Bergen through volunteering

New student in Bergen? Getting engaged in the student community is a good way to get to know the local culture. Natalie Unger (25) is part of Erasmus Student Network (ESN) Bergen, a student organisation that integrates international students in Bergen.