Startup-simulator for students in Bergen

At Early Stage, a 6-weeks simulator-program for students, you learn the basics on how to start your own company alongside other like-minded students. Leah Kawamoto (23) was one of last year’s participants and shares her experiences from the programme.

With the innovation bug swarming over Bergen, aspiring student entrepreneurs can rejoice as new opportunities open up all across the campuses. From the educational events at Innovationhub UiB, exciting idea competitions, to new master profiles and course offers at the higher institutions, the non-traditional start-up program Early Stage is joining the cluster by opening up their application process for both local and international students.

Leah Kawamoto is from Germany, but was studying at Rikkyo University in Tokyo when she came to exchange at the Norwegian School of Economics (NHH) last semester. While studying a bachelor in international management, Kawamoto took the initiative to put herself into new, social contexts. When she came across Early Stage, she decided to apply and became one of the first two international students picked out for the program.

– I like to be my own boss. I have more inner-motivation working for myself than for someone else, Kawamoto smiled.

– I want to create something which could make a difference in the world, or at least something that will help people. I always have been a kid who wanted to achieve something big.

Together with twenty other students with various backgrounds, Kawamoto spent six weeks learning about entrepreneurship in a non-traditional way – by literally creating a company on their own. Divided into separate teams, the participants received access to related tools, lectures from various entrepreneurs and experts, and invaluable advice on how to set up their own company. Kawamoto’s team had come up with the idea of TranspoCover, an innovative packaging that would save money, time and unnecessary plastic use during transport.

– The most exciting moment was when I had to look for suppliers for my own business and got a reply from them, Kawamoto recalled from her experience.

– It made the program feel realistic. 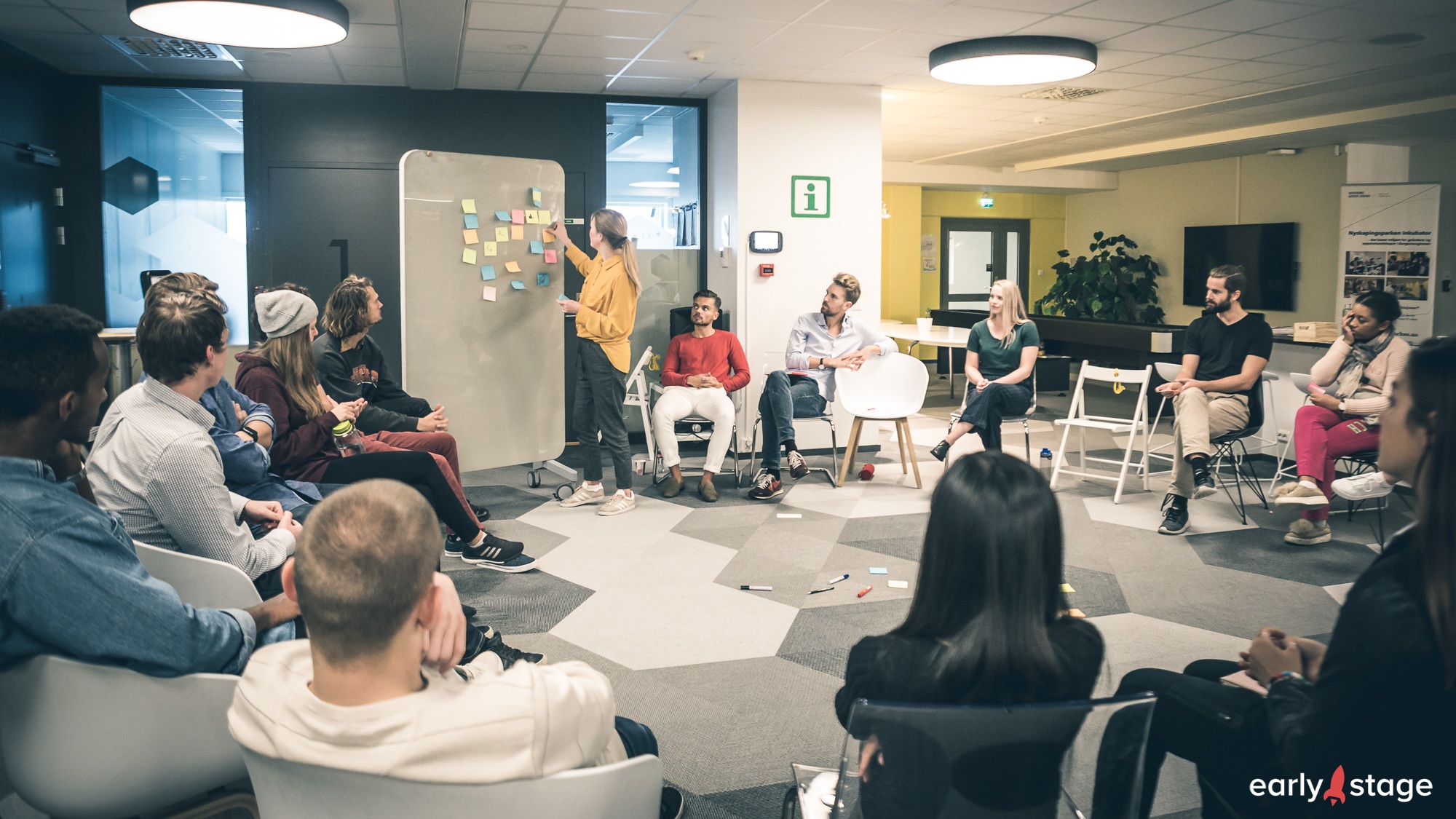 - The only way to learn is to do it

The Early Stage program is founded by Jacob Mørch and Christer Dalsbøe, alumnae at NHH and UiB/BI, respectively. Since its launch in 2016, the program has received great success and has now expanded to accept 50 participants, double the capacity from last year.

– Early Stage is a start-up school for students, an arena where you learn skills and mindset related to entrepreneurship and value creation, Mørch explains.

– The program is for those who have not yet decided to become an entrepreneur or have a specific case they want to dedicate themselves to, but are interested in learning.

– We have gone from school to start-up companies and concluded that the only way to learn is to do it. We have called the program a simulator because we have tried to make it as close to a real-life learning experience as possible.

Although the Early Stage-program does not give study credits, it offers a safe and unconditional learning environment that involves no risks. On top of the guidance provided throughout the process, the student teams receive a set amount of financial means to kickstart their business, essentially narrowing down the risks to zero. Having launched his first company while he was a student himself, Mørch encourages other students to do the same, or at least consider it.

– Dipping your feet into the startup industry while you are a student and have lots of time—I think that’s very smart. The downside is incredibly small.

While her team’s company did not take off after the program, Kawamoto described the program as educational and, most importantly, an inspiring and enriching experience. Early Stage not only taught her about the basics of starting a company, but also expanded her network with Norwegian students that shared a common interest in entrepreneurship.

– I really enjoyed getting to know new people from the program—not only the fascinating speakers but also the other participants, Kawamoto said.

– All of them widened my perspective with their different backgrounds and opinions.

What was your biggest takeaway from Early Stage?

– That you always have to think about the needs of the customers. And by need, I mean a problem that you can help solve. That I found out from the Early Stage-program, and I am very happy to have had the opportunity to join this program.

Any tips to future participants?

– Be curious, try hard to make the best out of it, and don't be afraid of making mistakes. You will learn from them and grow.

Information related to regulations on part-time work in Norway.

How to make a good impression at a job interview

Interested in applying your cultural competencies within an international Norwegian company?